Photos from Nil by Mouth launch by Jean Weber, who apologises for the poor quality of her phone’s efforts. 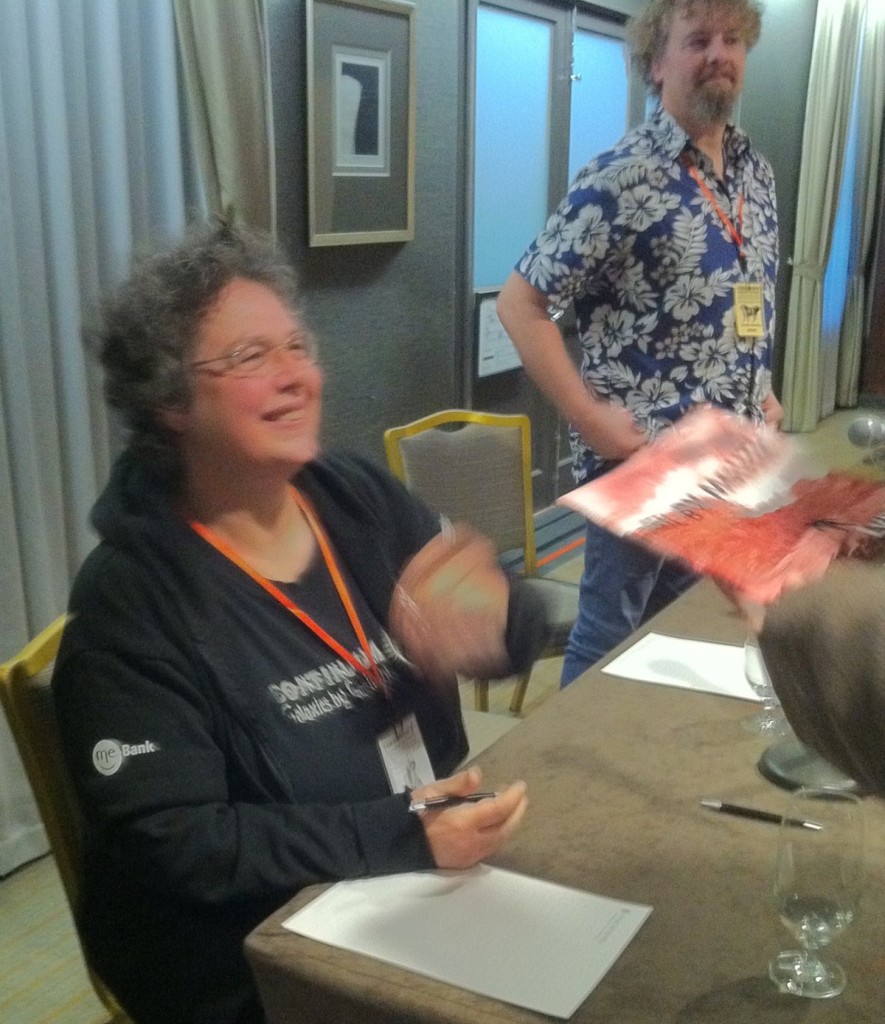 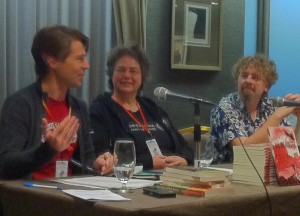 George Ivanoff and Stephen Ormsby with LynC at book launch